Force! Strength! Athletic Feats! Superheroines! Wonder Women! Great conquerors and warriors of many battles, today’s part 1 of this series is all about “Women who seriously kick ass”. (Or how Gloria Steinem fought for our pop culture icons). 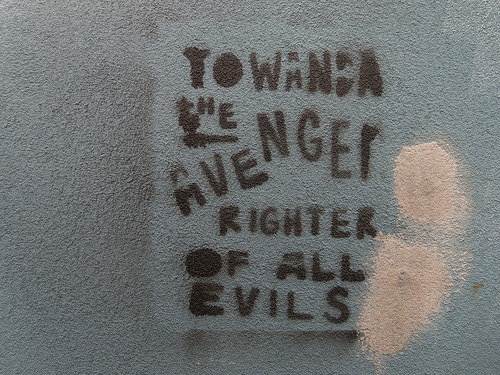 The first time that the concept of Amazon Feminism was brought up it was in connection to, of all people, Ayn Rand. It was Thomas Gramstad in his essay “The Female Hero, a Randian Feminist Synthesis” who is credited for having coined the term. In his essay, Gramstad attempts to bring together Ayn Rand’s concept of heroism with modern feminism, and the radical yet ancient vision of the Amazon as the ultimate hero while including some discussions of postandrogyny and nonpatriarchal sexualities.

In his essay, Gramstad writes:

There is an archetype of female power and heroism that is known in all cultures and all times, even among the most androcentric and misogynistic ones: The Amazon. Heroic Amazon traditions, ancient Greek mythology and philosophy (including androcentrism), and Rand’s ancient Greece-influenced philosophy have a number of intriguing conceptual and historical interconnections.

And then, in a separate essay, The Amazon Connection, he elaborates further:

The Amazon Connection aims to cover the entire spectrum of meaning that has been attributed to the term Amazon:

Amazon feminism is dedicated to the image of the female hero in fiction and in fact, as it is expressed in art and literature, in the physiques and feats of female athletes, and in sexual values and practices.

Amazon feminism is concerned about physical equality and is opposed to gender role stereotypes and discrimination against women based on assumptions that women are supposed to be, look or behave as if they are passive, weak and physically helpless.

Gramstad models the concept of Amazon Feminism after Richard J. Lane & Jay Wurts book, In Search of the Woman Warrior where they defined the warrior in these terms:

To the earliest Western societies, a warrior was:

What strikes us immediately from this list, is that the warrior function is, and always has been, gender neutral. Anthropologist Carlos Castaneda reports that Don Juan, a Yaqui wise man, described the warrior function not in gender terms, but as a certain mind set. A warrior, he says, “…takes everything as a challenge” while an ordinary person “…takes everything as a blessing or a curse.”

The ability to view yourself as the captain of your soul, as a person willing to face and resolve any conflict – and, as a woman, to refuse to see yourself as a victim of man-made or biological circumstances – separates you as a warrior from those “ordinary” people, male or female, who are willing to drift with the current and bend with every breeze. 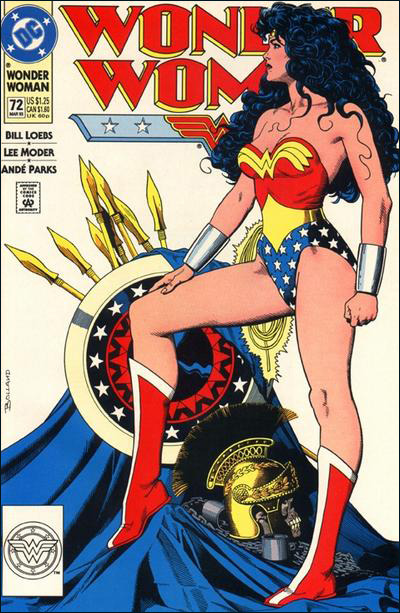 However, even though Gramstad coined the term and gave it a theoretical framework, it was Gloria Steinem, in her Ms. Magazine, who, in 1972 first drew attention to the character that would become iconic in Amazon Feminism, Wonder Woman. In 1968, Wonder Woman, also sometimes referred to in pop culture as the “Amazing Amazon”, had undergone some editorial changes.

In The Legacy of Wonder Woman, An enlightening look at the feminist ideals that informed this American icon, Philip Charles Crawford tells the story of the character’s inception:

In the early 1940s, a psychologist and feminist, Dr. William Moulton Marston, sought to change this paradigm. Writing in The American Scholar, he discussed the negative effects of gender stereotyping in popular culture: “Not even girls want to be girls so long as our feminine archetype lacks force, strength, and power…. Women’s strong qualities have become despised because of their weakness. The obvious remedy is to create a character with all the strength of Superman plus all the allure of a good and beautiful woman.”

Marston wanted to create a positive role model for girls that would serve as a counter to the high level of violence and the “blood curdling masculinity” he felt pervaded superhero stories. At the time, he was already famous as the author of several best-selling books on psychology (and for inventing the lie detector). As a columnist for Family Circle, he wrote an article extolling the merits of comic books. In 1941, he was hired by M. C. Gaines to serve on the advisory committee for DC Comics where he would further develop his ideas and create the first major and important female superhero–Wonder Woman.

In late 1941, Wonder Woman made her debut in the pages of All-Star Comics and became the lead feature in Sensation Comics #1 the following month, written under the pseudonym Charles Moulton and illustrated by H. G. Peters. From the beginning, Marston infused the series with a feminist ideology. Wonder Woman was an Amazon princess who had been sent by the goddess, Aphrodite, to aid America in the war effort and to spread the Amazons’ message of love, peace, and sexual equality. One of the central ideas of the strip was that through hard work and discipline women could become strong and independent and free themselves from their economic and psychological dependency on men.

However, by 1968, DC Comics decided to change the character’s ethos and intended to humanize her. For that purpose, they put writer Denis O’Neill in charge of the character’s development from that point on. As Randall Ham, in From Amazing Amazon to Feminist Icon explains, quoting O’Neill:

What they were doing in Wonder Woman, I didn’t see how a kid, male or female, could relate to it. It was so far removed from their world,’ recalled O’Neil.” (Daniels p. 125) His solution was to remove Wonder Woman’s powers, effectively putting a normal female out into the world to fend for her self. Gone were the magic lasso, bulletproof bracelets, and invisible jet. Wonder Woman was now outfitted in mod 60’s clothes and partnered with an Asian mentor, I Ching. She relied on martial arts instead of Amazon strength. O’Neil believed that by making her a normal person struggling in an extraordinary world, she would be a more viable feminist symbol. Many people agreed and sales skyrocketed. Wonder Woman was kept in this direction for almost two years[…]

And later on elaborates on how we got our heroine and Amazon Feminist icon back:

In July of 1972, Steinem’s new magazine, Ms. hit the newsstands with a familiar face on the cover. Beneath a banner that read ‘Wonder Woman for President’ was a rendering of Wonder Woman, in her traditional costume. Essayist Joanne Edgar took up two pages of the premier issue to denounce the changes made to Wonder Woman, and to assure readers that Wonder Woman would return to her roots in 1973. Steinem also wrote the forward to a hardcover collection of Marston-era Wonder Woman stories, and took the opportunity to denounce the changes herself. Steinem and others felt that by robbing Wonder Woman of her powers and tools, they had weakened an important symbol. She was no longer a unique person. It could also be suggested that because the idea came from a man, that it was an attempt by males to negate a woman as a powerful force.  It seemed that Wonder Woman had been adopted by the feminist movement as a powerful symbol of what a woman could aspire to. It is probable that most women who invoked Wonder Woman in their feminist rhetoric had not read some of the more outrageous of Marston’s stories.

Wonder Woman finally got her tiara back in Wonder Woman #204 (January-February 1973). Robert Kanigher was again the editor, if only for a few issues. The adoption of Wonder Woman by Steinem and company appeared to have an immediate influence, as Wonder Woman became a very active superhero, with all manner of villains. For the most part, stories did not center on romance or bondage, but rather on costumed villains and other action oriented heroics. Wonder Woman was finally getting the recognition of being a top notch Super Hero.

Want to read more about Amazon Feminism and the people involved in it? Here are a few places to start: